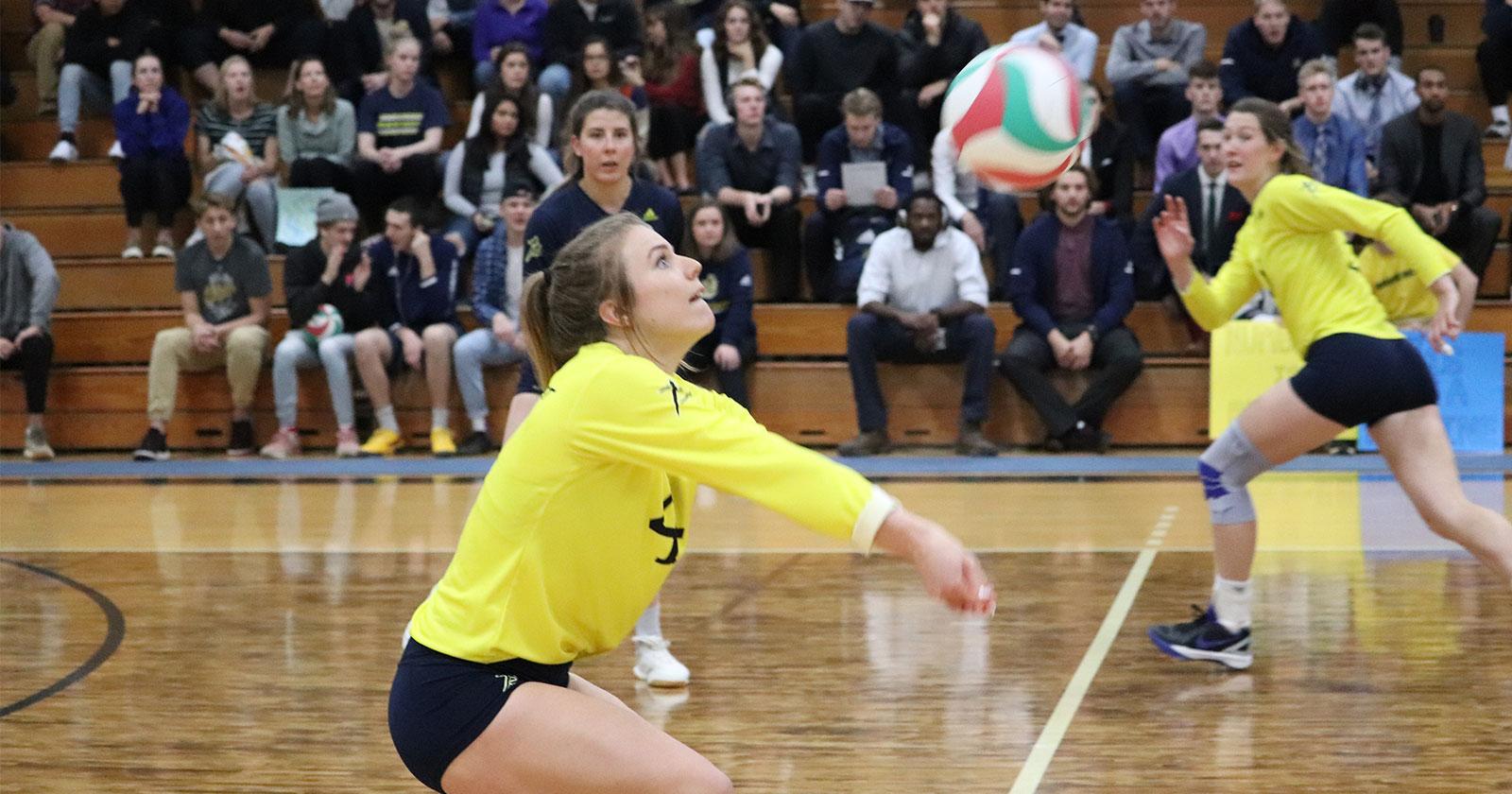 The Women’s volleyball team took on the Lethbridge Kodiaks on Saturday November 16 in a rematch. The Women’s team won yet again sweeping the weekend.

“I think that we really put pressure on them with our serves. We came out firing and stayed really focused throughout it. And we just really had a good time supporting eachother.” – #16 Kelsey Wiebe

My classes helped show me what I was passionate about and where my strengths are. But primarily I was encouraged by conversations with professors. They went above and beyond to encourage me and help me get the most from my experience at Briercrest.
Trevor Loken (Seminary)
Start your application