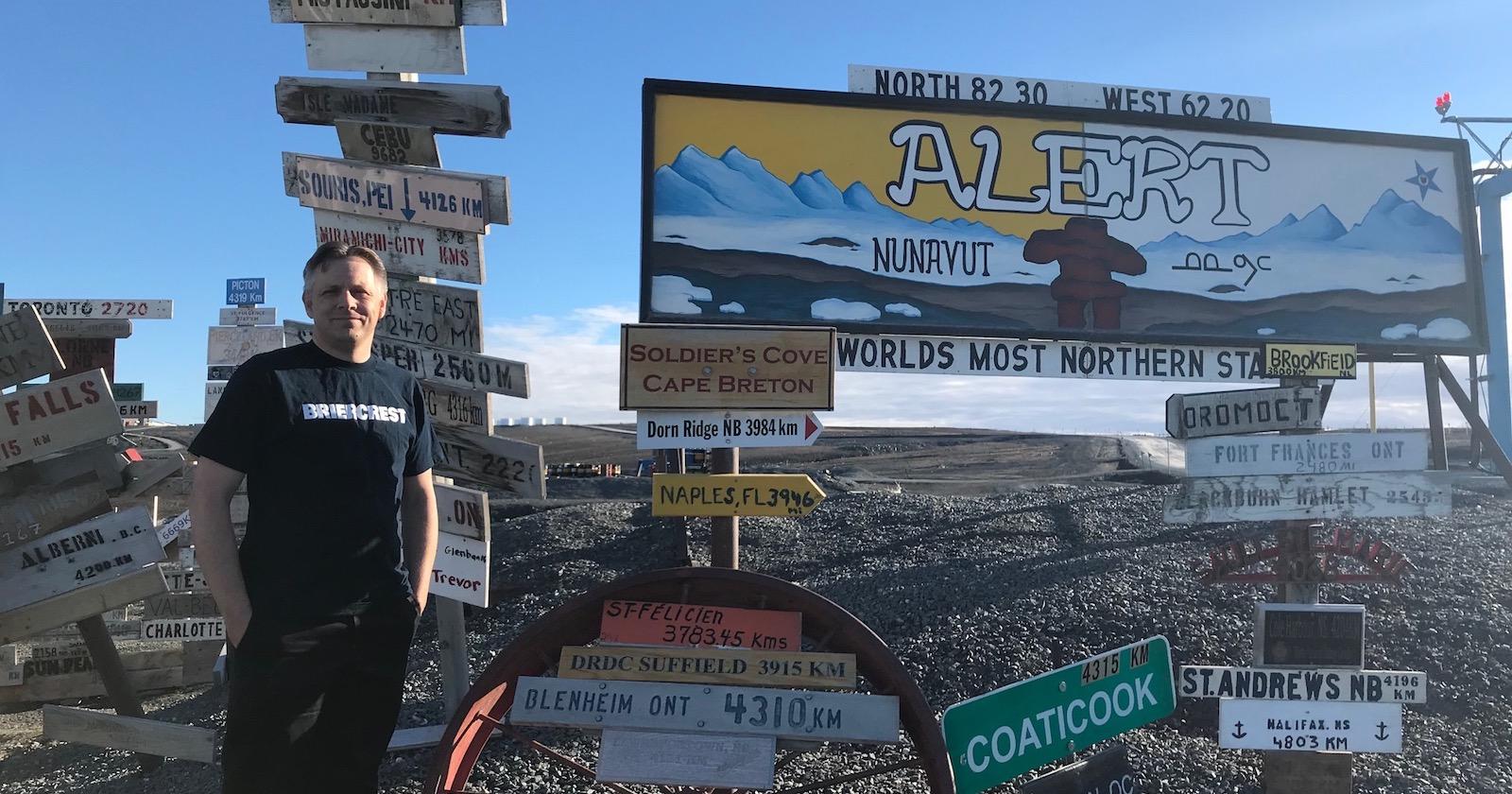 Captain The Reverend Eric Davis, a current student and chaplain in the Canadian Armed Forces, visited Briercrest for an interview about overcoming mental health obstacles, serving as a military chaplain, and studying his MA in Counselling at Briercrest Seminary.

Briercrest Staff: How did you get started in the military?

Eric Davis: [Laughs] I was eighteen years old, I had a mohawk: I was a punk hanging out with a bunch of other punks. And someone decided that we should join the military for free boots and I thought that was a great idea. It was the dumbest and best mistake I have made in my life. I have carried on with it now for 25 years.

What drew you towards military chaplaincy?

I suffered an illness in 2000 which derailed my plans of policing and made me think deeply about what I wanted to do. I realized that I’d had a calling all along.

…That’s the polite way of saying it. Now that I have suffered a mental health illness, I’ve become a champion of mental health. Breaking down the stigma, helping out other people who come into mental health situations, and just letting them know it’s normal. I get to be in a position that helps, and that’s fantastic.

Do you think that that’s prepared you to help others who are struggling with mental illness?

Absolutely. I thought my illness was a bit of a curse, and I was upset by it, and now I’ve come to realize it as a blessing. A very long and painful blessing. And I’m okay with it. Knowing that I can sit down with other people in other situations and break down the stigma and help normalize mental health issues is worth having gone through the eight years it took to overcome my difficulties.

God works in mysterious ways. That one, I will love to ask when I get up there… Everything that I’ve experienced, especially the painful moments, usually have come back into ministry opportunities. My wife and I lost a child at three hours old, and [had a very] tenuous relationship [for a time]. I’ve experienced a lot of domestic situations where I’m able to do marriage counselling, and a lot of mental health situations… and unfortunately, I’ve run into a few situations where people have lost children. All my previous hurts and trials really ended up being some of my main points of ministry. I never realized going into the military 25 years ago for free boots would turn into a lifetime career of serving God.

It’s fun. I’m the Wing Chaplain, a position that typically will have employees underneath them all across the base. Fortunately, this base is so small, there’s only me. I get to do all the ministry and all the administration that comes along with being a Wing Chaplain. So that’s two jobs for the price of one!

We do ministry of presence 90% of the time. Anyone [on the base] can stop into my office and say hi. I know who’s having difficulties. That’s just part of the job: know your troops. Get out there and know your people. It’s just so much easier for them to come to you afterwards and know you have resources, or know that you are a confidential hearer.

What are some ‘ministry highlights’ of your career so far?

Doing ministry in the North Pole [three times]. Sure, it’s Canada… but it’s also 4,000 kilometres north and closer to Russia than it is to anything else… being able to provide counselling and worship services to those who are serving in extreme, desolate areas.

Another was serving over in Germany at Landstuhl hospital, bringing in the casualties from the Iraq and Afghanistan war. [The chaplains] were there to reassure soldiers and pray with them if they wanted. However, I’ve learned that ministry isn’t what everyone thinks. There are some chaplains that would sit and pray with every single [medical patient] for a minute or two minutes, but some people have been on stretchers for more than fifteen hours, and I’ve learned that they just want to pee. So I send them off. Sometimes the ministry is about meeting people’s needs where they are. [Laughs] God bless them.

I also remember doing work with international soldiers, Georgian soldiers who didn’t speak much English. On my third day with them, I put my collar on and went to visit them. We had a triple amputee, and as I stuck my head into his room he immediately motioned for me to come in and he made me sit down and watch soccer with him for two hours. He told me, “You’re my priest.” He didn’t speak English very well, but I became the priest for the Georgians while I was there. I had no idea what they were talking about, but they were comforted simply by having a chaplain. And I was their chaplain. Ministry transcends language. When you talk about some experiences that stand out, that is one of them. That ministry transcends language. They just wanted to know that they were loved and cared for.

What brought you to Briercrest?

I realized I could do an entire course in a week and do my Master’s in a year, and I thought, “Yeah! Yeah, I’ll do that!” I can do everything from my office over on the flightlines. Not only can I work this around my operational ministry or visits with my airmen, it has increased my ability to provide timely and godly knowledge in these situations. I have learned so much in my past couple of months coming to Briercrest.

How have your studies contributed to your work?

The very first course I took at Briercrest, I looked at the syllabus, I looked at the readings, and I thought, “I am in so much trouble. I can’t do this; I don’t know how.” And then I got through that course and I’m like, “I just learned more about raising my child than I ever knew!” And then the next two courses came… I just beam. I beam about this place. I came here, and I admit that this is an absolutely amazing environment.

Just having the small amount of knowledge from Briercrest has been phenomenal in assisting with some of the things in my ministry that I never would have figured out before. I think this is the best place I have ever been. The format is incredible, the teachers are incredible, the students are incredible. I admire every single person who’s here. As much as I try to shove everyone into ministry, I’m now also shoving everyone into Briercrest! What you have here is amazing and I am fortunate.

This is the time of my life, and I get to do all of this while serving God. I get to do extra ministry opportunities like going off to the North Pole, Germany, and Kuwait, and doing all this having previously had mental health problems! I’ve learned that mental health is not the end of the world. It means accepting your new realities and becoming better at everything that you do. My mental health difficulties took me off a path that I was not supposed to be on and put me on a godly path, and now here I am, happier than ever.

share this post
bible seminary
More Posts
Briercrest athletics has been instrumental in my learning and personal development. This program mentored me and taught me about servant leadership and the importance of authentic relationships.
Brooke Peterson
Start your application