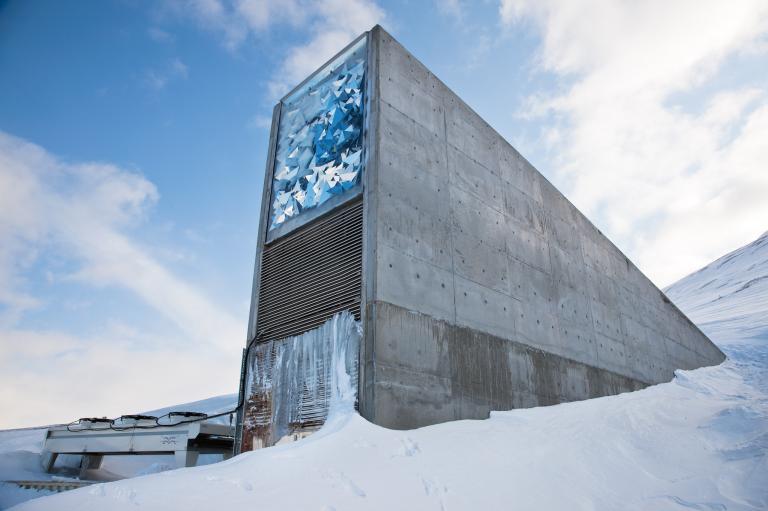 Grant Poettcker is Assistant Professor of Philosophy at Briercrest College and Seminary. I see my role as a teacher-scholar as deeply important for the life of the church, because schools like Briercrest to help us remember our way into the future.

Most of the time when people ask me what I do, I tell them I’m a teacher.  And in terms of my daily responsibilities that’s mostly true.  I do spend the bulk of my time reading material in preparation for lectures, or writing, or actually interacting with students in the classroom or my office, or grading assignments.  But there’s another side of my work that I rarely talk about, but which is equally important; it’s most often called “research,” or “scholarship.”  This side of my work is often misunderstood by students, family members (!) or by people I talk to in churches.  “Really?  You spent a month of your summer preparing a presentation for a conference?  Who will be there? A bunch of experts who you’ll likely never meet again?  What’s the point of that?”

I usually laugh off the question by comparing academic conferences to the basketball camps I enjoyed during the summers growing up in Saskatoon.  “What’s the point?  It’s fun!  It’s like basketball camp for nerds!”  But that’s another half-truth.  The truth is that I see my role as a teacher-scholar as deeply important for the life of the church, because schools like Briercrest to help us remember our way into the future.  This might seem a strange idea, but let me offer an analogy to explain my point.

In the frozen reaches of Norway, there is a strange-looking building known as the Svalbard Global Seed Vault—which is exactly what it sounds like: it’s a place where seeds are securely stored and preserved in order that future generations will have access to the same kind of biodiversity that we enjoy today.  The project received generous donations from philanthropists like Microsoft billionaire Bill Gates and the Rockefeller Foundation.  Seeds have been drawn from places that were later ravaged by drought, plagues, diseases, or destructive wars.  The deep need for the seed bank was felt, according to the Crop Trust’s senior adviser, Cary Fowler: without it, he says “we were losing at least a variety a day, silently.  It was this kind of drip, drip, drip of extinction.” (https://www.theguardian.com/science/2015/may/20/the-doomsday-vault-seeds-save-post-apocalyptic-world )

Any good farmer knows that in today’s world, conditions change quickly.  So it makes sense to take precautions.  Both of my grandfathers were Mennonite farmers, and experienced the Dirty 30’s on the prairies of Saskatchewan and Alberta.  During those years, when crop after crop failed to produce, many families sold their land and went elsewhere.  How do you sustain life when conditions are bad?

What I notice is how often much the same thing happens in the world of culture and ideas: when conditions change, certain ideas survive and thrive.  Other ideas die out—they are forgotten—when too much of the supporting context drops away.  The reason why I can’t stand on the sidelines when I see this happening is because the Gospel is subject to this process too.  The power of the living God remains the same.  But if we plant the wrong seeds, that power can’t impact our lives in the same way.  To put it another way, we always stand in danger of letting a weaker, more culturally hybridized version of Gospel survive.  Research, to me, is the activity in which I try to recover and to bank some seeds that will thrive not only in this generation, but in the generations to come.

The recent recovery of decades-or-centuries-old heirloom seeds in gardening is wonderful to see.  The plants that grow out of these seeds and the fruits and vegetables they bear often look strange; they often don’t look the same as the plants we grew up seeing.  But that strangeness is precious, and is the promise of a future.

As a teacher, and as a scholar, I hope to be like the person Jesus describes in Matthew 13, verse 52: “Every scribe who has been trained for the kingdom of heaven is like the master of a household who brings out of his treasure what is new and what is old.”   What seeds will you be planting this year?

Grant Poettcker grew up in Saskatoon, and is Assistant Professor of Philosophy at Briercrest College and Seminary.  He lives in Caronport with his wife Rosalyn and three children, Josiah, Alina, and Ezekiel. 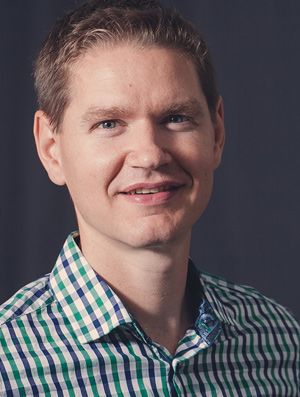 Grant Poettcker is Associate Professor of Philosophy and Humanities Program Chair at Briercrest College. Grant teaches philosophy and interdisciplinary studies, and his research focuses on finding connection points between the Gospel and culture, and on issues of technology, power, peace, and violence. Though he might prefer to be on the basketball court or baking sourdough bread, most days you can find Grant with a cup of coffee and a book. Grant and his wife Rosalyn are parents of three young children.

share this post
More Posts
My experience at Briercrest Seminary changed me as a person and therefore equipped me to serve others in more beneficial ways. This is a result of the character shaping, and the abundance of knowledge and Christ-centred learning I experienced.
Mary-Lynne Eggink (Seminary)
Start your application